Hi! I am @padobariya again! working as a mobile engineer with Quipper (Japan office).

In this post, I will talk about Android vitals and how to monitor your app's technical performance and some of the possible fixes. It is a tool by Google to improve the stability and performance of Android apps. This article is useful for those who already published an Android app to Google Play or planning to release in the near future.

When an opted-in user runs your app, their device logs various metrics, including data about app stability, render time, and battery usage. The Play Console aggregates this data and displays it in the Android Vitals dashboard.

The dashboard highlights crash rate, ANR rate, excessive wakeups, and stuck wake locks, these are the core vitals developers should give attention to. This information helps you understand the performance of your app and alerts you when your app is exhibiting bad behaviors.

Why Android vital is so vital

It's no secret, we as users nobody wants to deal with an app that drains power, crashes randomly or freezes. As the following google stats suggests all these parameters have a direct impact on user reviews which is a leading indicator of customer satisfaction. 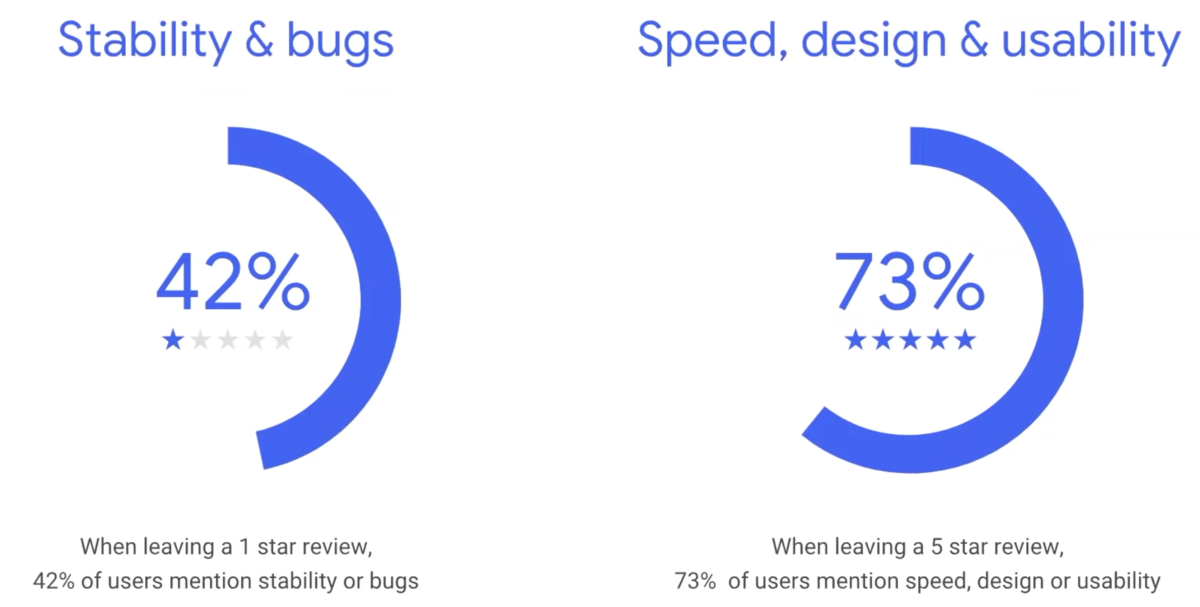 As of now, Android vitals collects data and reports issues on the following broad categories, We will discuss the core android vitals category in detail and possible fix for them.

Stability refers to how often an app is crashing or displaying Application Not Responding (ANR) error messages.

An ANR occurs when an app’s UI thread is blocked for a long period. Users are given the option to quit or wait when an ANR occurs.

Android will display the ANR dialog for a particular application when it detects one of the following conditions:

Crashes, on the other hand, occur as a result of unhandled exceptions.

Android Vitals takes into consideration that it can take different time spans for an app to start up, depending on how long it has been since it was last opened. For instance, a cold start is when an app hasn’t been used in a while, where the activity goes from launched to running state. A slow cold start would be anything taking 5+ seconds.

Ideally, an app’s speed of rendering should be under 16ms to hit 60 frames per second. Anything that takes longer than 16ms is considered slow.

Slow UI rendering results in frames being skipped, making for a clunky experience. If frames take longer than 700ms to render, they are considered to be frozen.

Here are some of the methods to identify slow rendering:

Mainly there are following issues which can drain the battery by keeping the device from going into a low-power state.

Most apps require that users grant them certain app permissions in order to function properly. However, in some cases, users might not grant permissions.

Android vitals can help you gauge your users’ privacy preferences and engagement by informing you about the percentage of permission denials your app is receiving.

Thank you so much for reading my post. Please refer to the following resources if you want to know further.

here are some helpful resources